What the Critics Are Saying....

“the always funny, always talented Charis Leos as Helen Hubbar. Leos pops with energy and style. Similar to Lucille Ball and Carol Burnett, Leos is an expert at both physical and verbal comedy.” Broadway World 2020

“Leos is a wonderful actor who has a strong presence on stage.””Leos creates a vibrant character.” LancasterOnline 2019

“As Amanda, Leos not only owns the show, she may well keep it in her grip forever….she’s a force of nature, and that force is a tsunami.” Central PA Art Works review-Glass Menagerie, Fulton Theater 2019

“Without a doubt, the standout star once again is Leos, a 12-year veteran of MSMT who, mere days before “Guys and Dolls” opened, was receiving standing ovations as Louise in “Always…Patsy Cline.” Even when she’s surrounded by more than a dozen other actors, Leos’ onstage presence is so commanding, her timing so impeccable, that your eyes can’t help but focus on her. MSMT is truly lucky to have her.” The Times Record 2017

Charis was presented with a 2016 BroadwayWorld Award for Best Actress in a Musical, for her appearance in the MSMT/Portland Stage production of The Irish…and How They Got That Way. She thanks everyone who took the time to vote for her, and appreciates their recognition!

“The comic gem of this show is MSMT veteran Charis Leos, whose portrayal of an inebriated widow at an old-fashioned wake is one of the funniest moments in theater I’ve seen all summer.”
–The Forecaster, August 2016 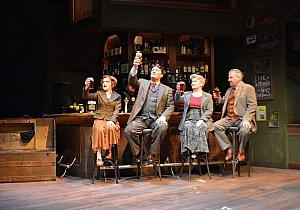 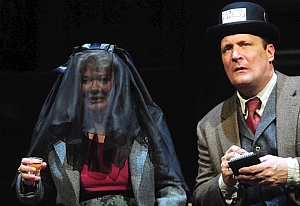 “….the gutsy, sassy Leos, a Maine State Music Theatre favorite, has a knack for winning over audiences with an irresistible combination of heart and humor.”
–Portland Press Herald, August, 2014

“Throughout this production Charis Leos is an indomitable force and commands the stage with her singing and acting ability like no other. She truly becomes the domineering, egotistical, over-the-top stage mother that makes others who have been pegged with that title appear mild by comparison. It is a joy to watch this professional actress and I can see why she is a MSMT regular having starred in Legally Blonde, 42nd Street, Les Miserables, Drowsy Chaperone, Dirty Rotten Scoundrels, Always, Patsy Cline, Chicago, Full Monty and other memorable shows in her eight seasons here.”
— The Cryer, July 19th, 2013 – Gypsy – Maine State Music Theater

“In any production of Gypsy it is, of course, Rose who must occupy center stage, and take on the ghosts of such luminary predecessors as Ethel Merman, Rosalind Russell, Patti LuPone, and Bernadette Peters. And at MSMT Charis Leos has no trouble doing just that. She attacks the role with a primal force; she is a woman of impractical but indestructible dreams, a lioness defending her cubs, a cyclone of energy and optimism. Yet, deep at heart she is also vulnerable—a woman whose hurt is so integral to her that, for the longest time, she does not understand how she perpetuates the same destructive parental cycle. Leos captures Rose’s volatile psyche with its shifts from despair to optimism and defeat to new battle. Vocally, she also proves equal to the task. This is a role which virtually defined the “Broadway belt,” and Leos delivers her big numbers, “Everything’s Coming Up Roses” and “Rose’s Turn” with astounding power and psychological insight.”
— Talkin Broadway — Gypsy – Maine State Music Theater

“Leos performs with an onstage ease that elicits natural, unforced laughs, but she also has a knack for delivering honest emotion.
She was feisty Friday as Mama Rose, belting out gusty renditions of the songs, with an unwavering strength and energy that captured both her character’s determination and disappointment. “Rose’s Turn” garnered her well-deserved applause.”
— Portland Press Herald July 19, 2013 – Gypsy – Maine State Music Theater

Charis Leos has some pretty big shoes to fill in a role synonymous with that belter of Broadway Ethel Merman, but the little firecracker and Maine State Music Theatre audience favorite is the perfect fit to play Mama Rose in Gypsy, MSMT’s third show of the summer.

Bold and brassy, bossy and brash, Leos takes history’s most infamous stage mother and makes her, if not likable, at least someone you can find empathy for — even as she pushes her daughter to find stardom as a stripper.”
— Times Record (Brunswick), July 19th, 2013 – Gypsy – Maine State Music Theater

“MSMT favorite (and it’s CLEAR why) Charis Leos as Mama Rose is a veritable tornado of energy and has everything in her bag of tricks you could ever ask for in a performer. Her voice is big, brassy and clear as a bell. Her mile-a-minute delivery of lines is not only appropriate and believable (sometimes frighteningly so) she takes you through a rollercoaster of emotions with seeming ease. She joins a long line of esteemed actresses in this role, and her name belongs right beside Merman, Peters, Lansbury and LuPone. Stunning, heartfelt and inspired are the only way to describe Ms. Leos’ performance.”
— Broadway World, July 19th, 2013 – Gypsy – Maine State Music Theater

“In particular, Charis Leos demonstrates her uncanny ability to get laughs from her timing and her clownish energy”
— Dallas Morning News – Our Lady of the Tortilla – Dallas Repertory Theater

“The majority of the peak moments belong to Charis Leos, a comic powder keg with a blowtorch voice….A kind of short, blonde Ethel Merman with a wicked sense of humor.”
— Dallas Morning News – Closer Than Ever – Dallas Repertory Theater

“Charis Leos deserves to have her name in mile-high lights. She’s the meanest, funniest villainess ever – and she belts like Ethel Merman.”
— Dallas Morning News – Annie – Casa Manana Playhouse

“Leos inhabits the gin-soaked skim of Ms. Hannigan…working her part over with comedic expertise”
— The Valley News – Annie – Northern Stage

Outstanding performance by an actress (in a leading or supporting role): Charis Leos in Closer Than Ever at the Dallas Repertory Theatre;
— Dallas Morning News – Dallas Theater Critics Award

“Leos is at her peak, with a laugh that is contagious”
— The Randolph Herald- Chicago – Northern Stage

“Charis Leos creates a fabulous character with this plum role, quick to judge, stern in demeanor, shocked at the way the world is changing, yet able to be deeply moved by the same passions which stir in us all”
— Herald of Randolph – Dancing at Lughnasa – Northern Stage

“Effecting a voice suggestive of Ethel Merman and George Jessel, Charis Leos is bravo-worthy.”
— Fort Worth Star-Telegram – Ruthless – Casa on the Square

She can belt a tune like Ethel Merman, and she can mug like Lucille Ball: Charis Leos seems to flourish in the bright, outlandish world of musicals and comedies.
–Dallas Morning News – A salute to Dallas Character actors

“Leos makes Maureen truly believable…able to subtly imply that something is wrong with Maureen, but able to present herself as the “the normal one”
— Times Argus – Beauty Queen of Leenane – Northern Stage

“A scene stealer no matter where she is on stage, Leos rolled the audience to the floor. Her face is as expressive as it gets…wonderful voice.”
— Lincoln County Weekly – Nunsense II – Maine State Music Theater 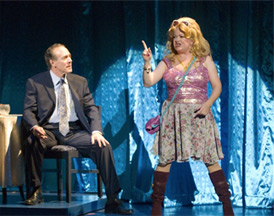 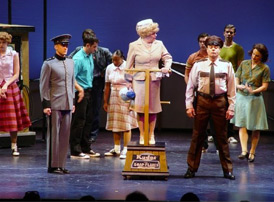 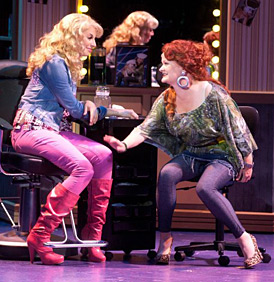 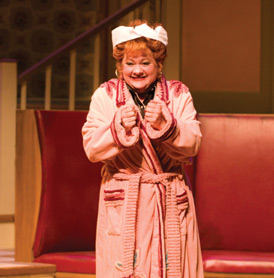 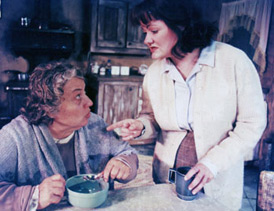 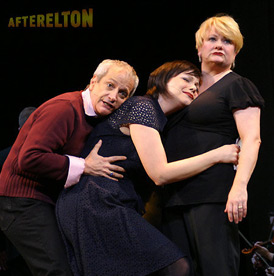 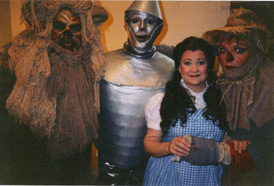 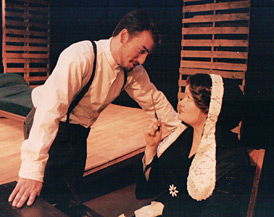 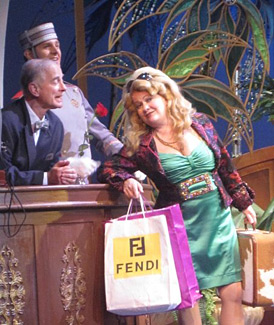 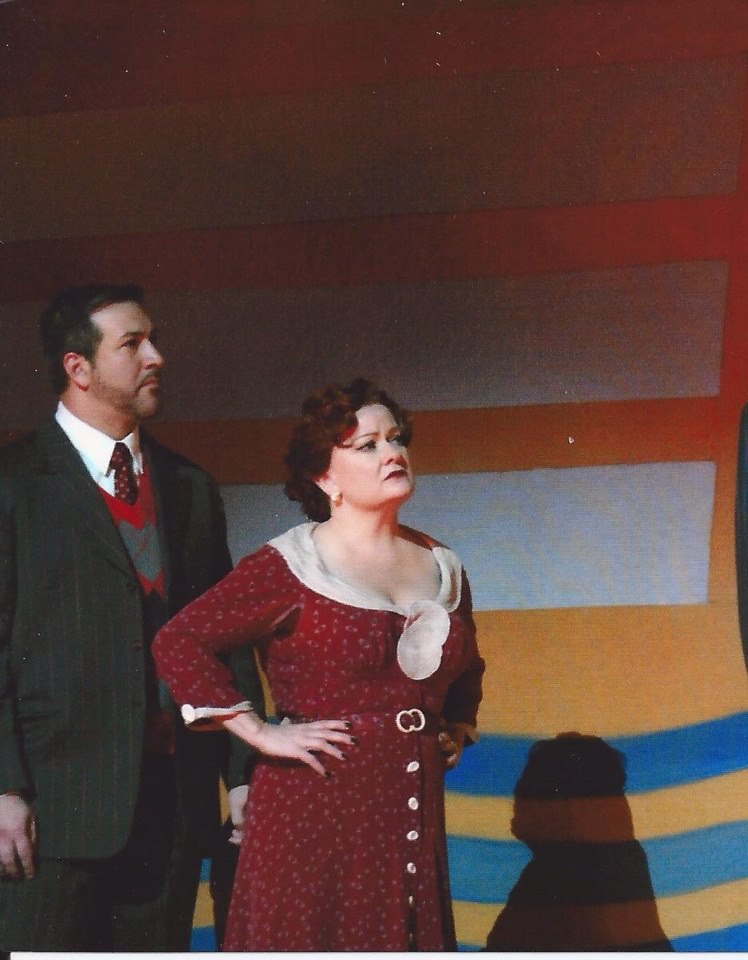 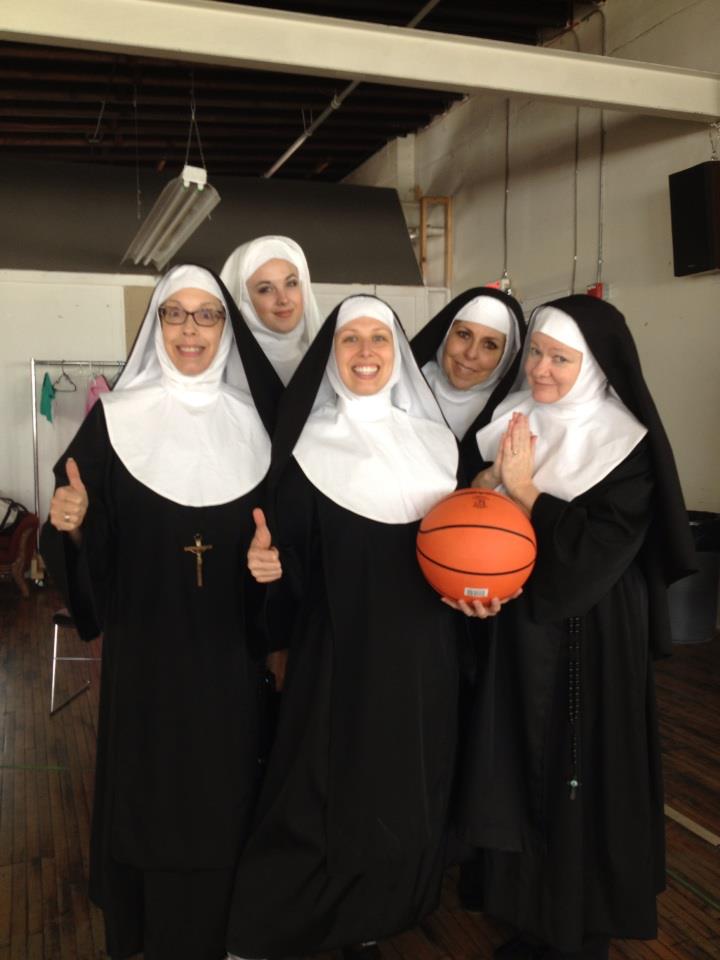 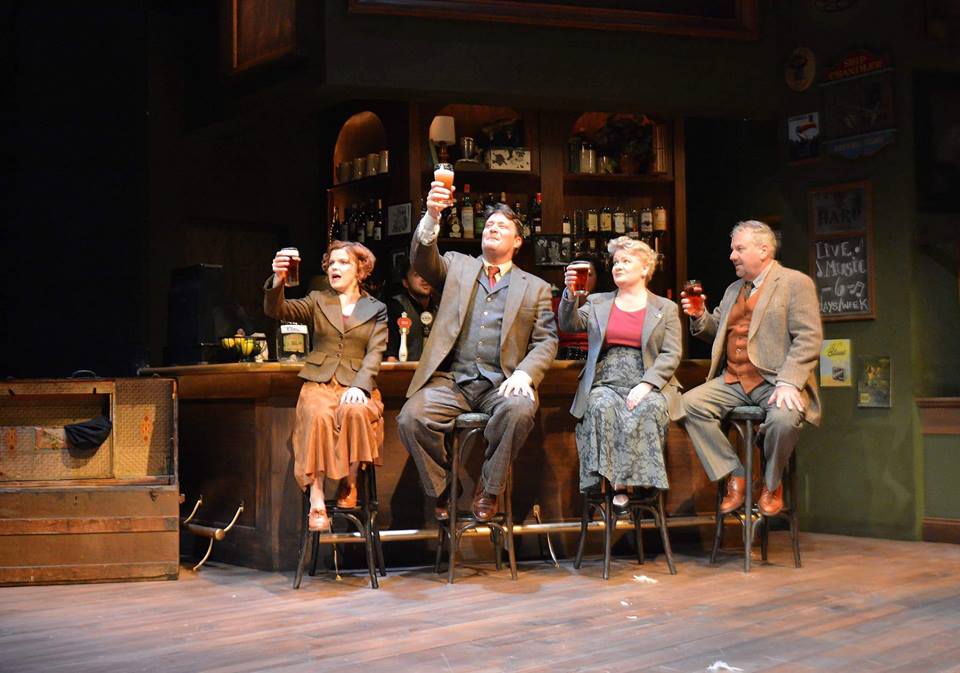 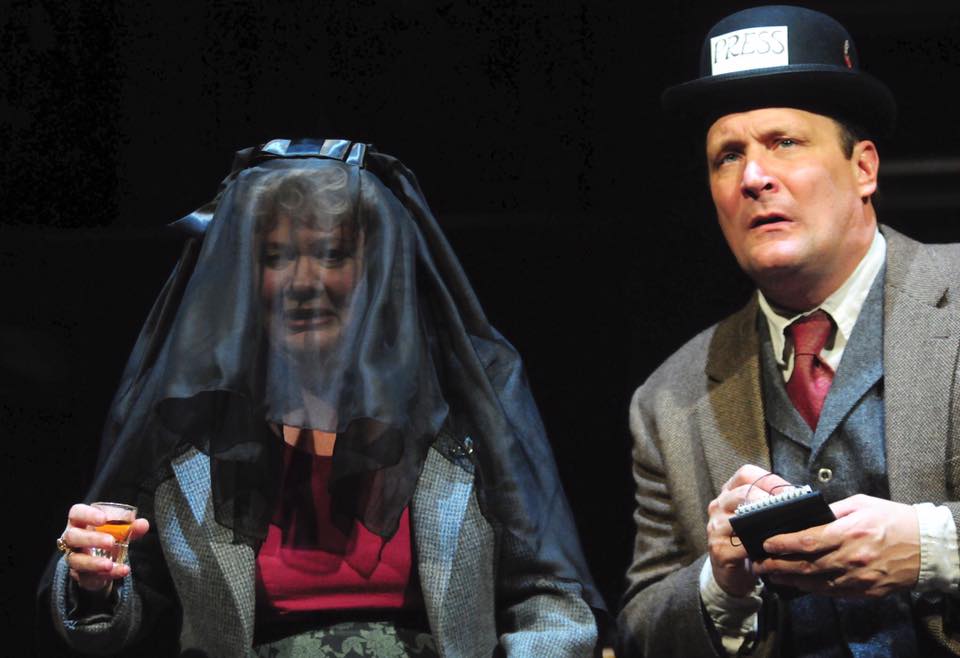 The Irish...And How They Got That Way, extended a week in Portland!